Sheehan Haulage and Plant Hire is proud to support our local community of Stanton Harcourt.

Pupils Stanton Harcourt Primary School were given mental health support via a ‘Smile Project’. This was made possible following a donation from Sheehan Haulage and Plant Hire.

Tara Sheehan said: “As a family business we’re very community spirited and have a close relation with Stanton Harcourt Primary School, in particular. We received some lovely thank you letters from the staff and pupils following the project. We’re pleased the project was successful and the children received the additional support they needed.”

Previous projects at Stanton Harcourt Primary School include donating books to the school library to help encourage children to read. Members of the Sheehan Haulage and Plant Hire team were subsequently invited to the school’s assembly to receive drawings and a book made by pupils as a thank you.

Gemma Barry, Chair of Friends of Stanton Harcourt School, said: “The literary resource in the school has gone from strength to strength since the generous donation from Sheehan Haulage and Plant Hire.” 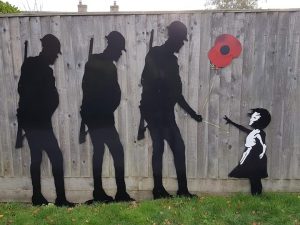 We also support the Stanton and Sutton Festival, via donations to create displays for the community to enjoy. Recently we supported the creation of a Banksy inspired mural by Dan Barton in the village to mark Remembrance Day in the community. The creation included a giant poppy, 20 iconic WW1 soldier silhouettes and a silhouetted soldier handing a poppy to a young girl. 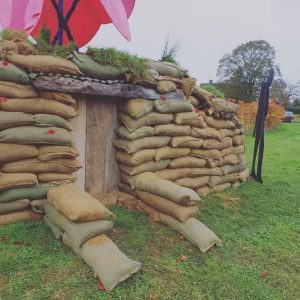 Previously Sheehan Haulage and Plant Hire was one of three businesses who made a significant contribution to make the creation of Jubilee Field Playground possible for local youngsters to enjoy. The playground, which was officially opened by David Cameron in 2015, is now enjoyed by many children and their families.

Tara added: “We’re proud to play an active, positive role in community life in Stanton Harcourt and give something back.”