Sand: The natural resource that is under threat and how recycling is part of the solution

After fresh water, sand is the world’s most widely consumed natural resource.

It is the key material in many construction products including concrete, asphalt, and glass and is critical to the modern world.

And with numerous beaches around the world and quarries churning out construction quality sand one would think sand is in rich supply and an infinite natural resource. But consumption levels, fuelled by a huge increase in global building, have now reached an unsustainable level. This is placing a significant strain on the environment and placing sand under threat. 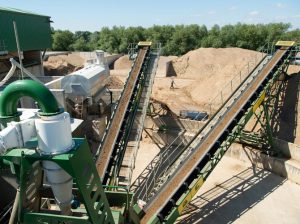 Sand is in high demand

The UN estimates as much as 40 billion tonnes of sand is extracted and consumed globally per year in the construction industry. To help put this into further context further research has revealed this is the equivalent of 18 kilograms of sand per day, per person on the planet. This could build a wall of sand 27 meters wide and 27 meters high around the entire global every year.

Sand is used in the construction of most houses, skyscrapers, roads, railways, and even detergents and cosmetics, demand has increased exponentially in the last two decades. Of the amount used annually, around half goes into concrete.

Demand has been fuelled by huge construction programmes in China and India. It has been reported China consumes more than half the world’s supply of concrete. Between 2011 and 2014 it used more concrete than the United States did in the entire 20th Century.

The demand is expected to continue apace. It is predicted that by 2050 two-thirds of humanity will live in urban areas. The demand for sand in India, which is second to China in its use of sand, is expected to grow from 1.32 billion to 1.7 billion by the middle of the century. Singapore has increased its land area by 20% since the 1960s, using large volumes of marine sand from Malaysia and Singapore. Areas of Hong Kong are situated on reclaimed land and Dubai has conducted major construction projects.

Because sand is heavy it is expensive to transport and therefore its trade is predominantly conducted via national and regional markets. Around 5% of the market is international, with key markets being Dubai served by Australia and trades on the Canadian – US border.

The industry body, the Global Aggregates Information Network, has predicted global demand for sand will increase to 60 billion tonnes per year by 2030.

It is this enormous global demand for sand that is adversely impacting on the environment and communities. 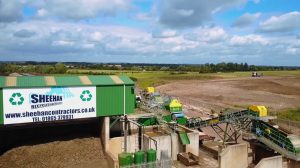 It has been reported China’s biggest dredging site at Lake Poyang produces almost one million tonnes of sand per day. It is believed it is the biggest sand mine in the world, making it bigger than the three largest mines in America combined. It is China’s largest freshwater lake and a key stop-point for millions of migratory birds. Mining at Lake Poyang started after Chinese authorities banned sand mining in the Yangtze River after mass extraction caused the collapse of riverbanks and bridges.

In the UK Friends of the Earth claim the bird population on Lough Neagh in Northern Ireland where 1.7 million tonnes of sand are excavated annually has declined by 75% in the past 30 years.

Ecologists have reported on destruction of habitats vital to marine life, likely due to sand extraction. The full impact of the growing global issue of sand extraction remains unknown, as it currently remains under researched.

‘Sand mafias’ and the worldwide impact

The increasing demand for sand and its increased value has seen the emergence of organised gangs stealing sand from beaches. Across the world, millions of tonnes of sand are being harvested illegally from the beds of rivers and beaches to use in construction.

The media have reported residents living on the banks of the Mekong River that runs through Cambodia and Vietnam are reportedly at risk of losing their homes. Professor Stephen Darby from Southampton University has reported the river’s depth has been lowered by several metres in recent years over hundreds of kilometres, fuelled by the world’s demand for sand for use in construction. While in Morocco it has been estimated that half of the country’s annual extraction of sand is via illegal coastal mining.

What does this all mean for the construction industry? The scale of the challenge means it is one of the major sustainability challenges of the century. Sand and gravel are one of the largest resources extracted and traded, however, it is one of the least regulated activities in many countries.

Solutions include reducing impact by improving regulation, best practice, design, and culture. It also includes using recycled and alternative materials to sand in the construction sector. It is incumbent on us all to ensure we produce and use sand in a sustainable way. 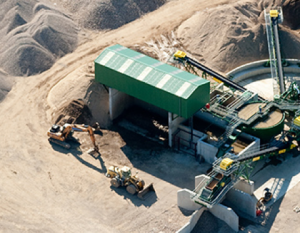 At the Sheehan Group we are committed to the sustainable construction movement and the circular driven economy that supports it. We have heavily invested in our CDE wet processing plant to produce higher quality recycled sand. By adding another wash to our system, we can produce higher quality sharp sand that has a wide range of high value applications in the construction trade.

We are proud to be one of the first companies in the UK to introduce this new technology and encourage contractors to think about the sustainability of their investment when buying in bulk. We believe it is vital to extract the maximum value from resources where possible.

The Sheehan Group have produced 333,000 tonnes of recycled sand in the eight years since installing the CDE wet processing plant in 2012. This is the same volume of sand used to build the world’s tallest building the Burj-Khalifa in Dubai. This was achieved by repurposing leftover soil and aggregate from demolition and construction sites – saving it from landfill – and turning it into sand.

Recycled sand is available as an option for contractors to buy as part of our commitment to sustainable construction. By purchasing and using recycled sand in construction projects you too can be part of the solution to our global climate emergency.

You can order our recycled sand here.