UK Built Environment Declares, an environmental campaign group, revealed the findings of the survey at the start of the UN COP26 climate conference. It showed 95% of respondents want whole life carbon calculations to be compulsory and a determining factor for planning approval.

The survey received responses from nearly 300 construction firms, including 96 architectural practices, 73 structural engineers, 37 civil engineers and 12 project managers. Of those 73% strongly agreed with the outline, 23% said they “somewhat agree” and less than 5% disagreed.

Almost 80% of respondents supported a proposal that schemes should only be granted planning permission if they have an urban greening factor of 0.4. This means the build would have to include substantial amounts of greenery, for example green roofs, green walls and landscaping. While 93% of respondents also said they want to see a “high and rising” tax on carbon to accelerate the shift in net zero. 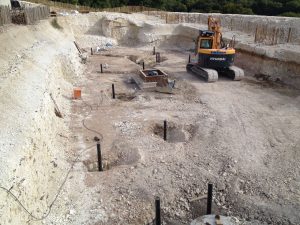 He added: “They are demanding changes in regulation, taxation and legislation that will accelerate the pace of change. We know what we need to do in our businesses to reduce up-front and in-use carbon emissions and create a built environment that would help slow down global heating and biodiversity loss. We have to be part of the solution but we can only go so far with more efficient designs, construction methods, and reduced carbon materials.”

Chris Sheehan, MD of the Sheehan Group, said: “This demonstrates the appetite for fast and positive change to reduce carbon emissions strongly exists in the construction industry. We now need to see strong leadership from government to introduce measures that increase the rate of change.”

If you would like to discuss how you can make your construction project sustainable contact us here.